Lal Design architecture and landscape architecture office was established by Levent Selahattin Pınar in 1998. Pınar started out his professional practice with the optimization of plantations and ornamental plants and experienced the demands of plant diversity on landscapes varying according to countries and markets. He worked on industrial plant production and landscape implementations in Netherlands, Belgium, Italy and Israel in the 90’s. Then, enchanted by the eternal aesthetics of plants, living and breathing structures, reproducing organically in an industrial order, he planted the seeds of Lal Design in Istanbul. Lal Design organized into a stationary office structure in 1998 and specialized in project designs and implementations for plant production, landscape design and environmental engineering. As a result of Kaan Dinkci, who has an educational history on architecture and landscape architecture, joining as a partner in 2011, Lal Design made the transition to large scale stack project productions with teams the cores of which constituted of different university faculties. It gained experience in large scale projects in Istanbul and Baku offices and became a crowded family with its implementation, worksite and design teams as well as consultants from all over the world acting as solution partners as a result of carrying out joint rural and agricultural development projects abroad together with Università degli Studi della Tuscia.

Lal Design took great care to move forward by enabling its behavior-focused attitude to reach higher with its emphatic capabilities and the awareness of becoming a part of this family rather than an approach of business administration. It accomplished almost 200 projects in various centers abroad as well as its domestic projects with its technical expertise the strong cooperation among its operational team. For the Lal Design team, each project has a unique state of internalization. The team defines itself first as a project designer-dreamer and then as an implementer-experiencer. In order words, we can call this team a capable family that has introduced more than 500 plant types to the lands of Azerbaijan by formulating microbial based soil improvers that render the plant adaptation and growth sustainable on the salty soils of the Absheron peninsula despite its high level of waste pollution.

As of 2018, LAL Design undertook the project design and implementation management of more than 7,5 million meters square of land in Azerbaijan, Georgia, Saudi Arabia, Turkish Republic of Northern Cyprus and Turkey. Lal Design continues to carry out its works in its offices in Galata, one of the historical regions of Turkey, and Baku-Gence in Azerbaijan.

In today’s world, where works of creation are not permanent and everything develops in a logarithmic scale, we perceive that most creations are abandoned to an effervescent existence. A way of thinking that comments on how the capital makes all decisions, how the time or speed between supply and demand directly defines added value and what we are harvesting as a result of what kind of a story in the now is an appropriate definition of the labor that the Lal Design Team sets forth. Importance is given to preserving our human and behavior centered approach focusing on sincerity, comradeship and individual awareness for the sustainability of this philosophy. As a result of a production processes that make intensive references to the “blindness of the disengagement between what is real and what is perceived”, which can be called the epidemic of the ages, the state of the participant, who gives a hand to the carrying out of the work, not becoming alienated to himself/herself and the product of his/her labor is solidified with a communal practice. Naturally, this results in an outcome that makes everyone say: “Well done!” 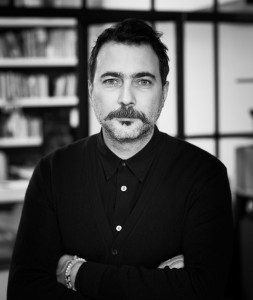 He was born in Poitiers, France in 1970 as the child of an activist mother and father educating in Paris. He completed his high school education at ISB (International School of Brussels). He received architecture and restoration education and completed the Brussels Academy of Fine Arts. He completed the ”Computer Applications on Macro Economics MGMT” program at the University of Maryland (Overseas Program). He returned to Turkey in early 1990’s and graduated from the Sociology Department of the Mimar Sinan University.

Levent S. Pınar, who knows English, French and Italian, encountered the world of plants during a journey in Italy in 1995, during which he was assigned as a translator. “This is the paradigm I have been seeking”, he thought and developed a knowledge accumulation regarding the subject since then with an auto-didactic method.

During this process, he continued to work on stage design, another field he was active in, at Istanbul Baroque Assembly under the direction of his mother, harpsichord player Prof. Dr. Leyla Pınar. He carried out the stage designs of Baroque operas, namely Henry Purcell’s “Dido and Aeneas” and Hendel’s “Dedemia” in Istanbul, Cyprus and Ankara.

In 1995-1998, he worked as the general coordinator in the foundation of the first special ornamental plants produced fully in flowerpots production plantation at Adapazarı/Arifiye. During and after this assignment, he gained hands-on expertise on indoor and outdoor modern ornamental plant production in Israel, Belgium, Holland and Italy and automatic irrigation systems concerning such productions and plantation management on the macro level. He worked hands-on in innovation efforts for traditional seedling production and development together with Francesco Di Napoli in the Toscana region of Italy. He performed commercial activities in different periods of time depending on the seasons in international sapling sales and production programs. Levent Selahattin Pınar, who founded LAL Bahçeleri in 1998, also published Bahçe & Marketing, the first sectoral magazine of Turkey, together with Intermedya. As of 2000, the Lal Design team integrated itself into joint efforts with different design groups and academic formations.

Evidea, analyzed with a “Hortus Conclusus” approach in 2004, Tekfen Taksim Residence within the scope of the restoration of the garden of the old Pasteur Hospital in 2005, Halophyte landscape implementation in the Göcek, Portville project in 2007, Baku Mugam Concert Hall environmental recreation, a UNESCO project in the same year, Mur Végétal (Vertical Garden) in Galata together with Patrick Blanc in 2008, green façade planting of the LEED certificated Tekfen Levent Offices in 2010, Istanbul Armaggan indoor vertical garden in 2011, Public Park Dedicated to the Memory of Haydar Aliyev in 2013, landscape master plan of Dreamland in Baku in 2014, Qalaaltı Hotel & Spa environmental recreation and Shamkir AgroPark master plan in 2015 are among the works designed by the LAL Design team.

With the participation of Kaan Dinkci, Lal Design has begun undertaking Project design and implementation management works in Azerbaijan in 2007 and accomplished numerous firsts in public and private projects in the last eight years. LAL Design, which established a Project design and management Office in Baku in 2014, has carried into effect numerous pilot projects in terms of urban design, ranging from traffic simulations and urban furniture to dedicated bus and bicycle roads and free transportation scenarios for the disabled, in the process of the capital of Baku undergoing urban transformation. 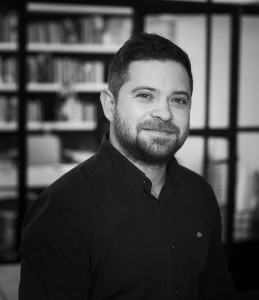